James Looker is an established international freelance photographer, based in London UK. Originally trained as a cinematographer, James moved to London in 2002 where he became a regular contributor to NME magazine. Over the past seven years, his assignments have enabled him to work with the best new breaking bands, as well as the most successful acts in the music and entertainment business.


James shoots a broad mixture of styles, from behind the scenes documentary, to fully produced studio & location portraits. James's vivid, energetic style has led to his photography being published by ROLLING STONE, DISORDER, ARENA, DAZED & CONFUSED, UNCUT, CLASH, DUMMY, N.E.E.T., NME, THE OBSERVER and ELLE as well as featuring in promotional material for major and independent record labels worldwide.


Although I'm known for my music photography, I accept a wide variety of commissons, from international corporations to creative individuals, artists, actors , models, writers, directors, designers and those seeking my style of striking photography for their personal promotion. Please email me for quote.

All images copyright © 2009 JAMES LOOKER (all rights reserved) they may not be reproduced, published or distributed in or by any media including commercial websites or printed media without my written permission. However images may be used on non commercial & advertisement free personal blogs if credited & linked to © 2009 JAMES LOOKER PHOTOGRAPHY.COM 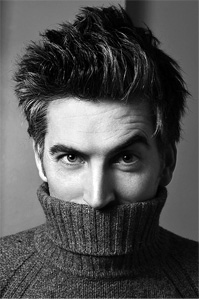